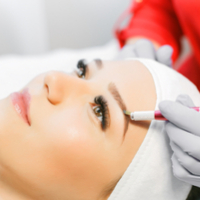 A beautician from Yorkshire has been fined after providing illegal tooth whitening treatment.

Emma Hood, from Redcar, has been prosecuted by the General Dental Council following an investigation into services she offered at her salon, The Vibe. Ms Hood, 31, was found to be offering bleaching treatment at a price of £45. Under EU legislation, tooth whitening is a dental treatment, and this means that it can only be provided by qualified, experienced dental professionals who are registered with the GDC.

The General Dental Council decided to investigate Ms Hood after receiving complaints from a customer who had suffered burns as a result of undergoing treatment at the Redcar salon. Investigators found that Ms Hood was presenting herself as a suitable provider of whitening treatment and also that she was using products that contained a dangerously high concentration of hydrogen peroxide. Undercover investigators visited the salon earlier this year, and were informed that treatment was available. Ms Hood also explained how the procedure would work before the GDC representatives revealed their identity and started to collect information and evidence for the case.

Speaking at Teesside Magistrates Court, prosecutor Joanne Kane, explained that the GDC had been contacted by a distressed customer who had sustained burns as a result of tooth whitening provided illegally by Ms Hood. Emma Hood was not in court, but did plead guilty to the charges via a letter. The 31-year-old stated that she was unaware that what she was doing was illegal, and said that she would never have “risked her reputation” if she had known.

This entry was posted on Friday, September 14th, 2018 at 8:55 am and is filed under teeth whitening. Both comments and pings are currently closed.