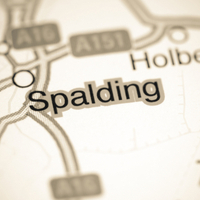 A dental practice in Wyberton is offering NHS places to patients in the South Holland area after two new practices, which were due to open in Spalding in January, were delayed.

Boston Dental Centre, which employs seven dentists in total, is offering appointments for NHS patients with two of its dentists to try and ease pressure on local services. The practice on Saundergate Lane already provides care for many patients in Spalding and it can be accessed easily by public transport. There is also plenty of parking available for drivers.

Helen Patchett, practice manager, said that two of the dentists are able to see NHS patients, and advised anyone who is looking for a dentist in the local area to contact reception on 01205 400000.

Two new practices, one of which was supposed to be managed by JDSP, were due to open in Spalding in January 2019, but neither opened due to recruitment issues. The latest update is that there are plans to launch a new JDSP surgery on Winsover Road in March 2020, but it is unsure whether the opening will go as planned at the moment. NHS England is also aiming to open a service providing ‘extended access’ in Spalding, but no further details have been released yet.

Additional places at Boston Dental Centre will enable more local patients to see an NHS dentist while plans for new ventures are finalised.

This entry was posted on Tuesday, November 26th, 2019 at 12:24 pm and is filed under General. Both comments and pings are currently closed.