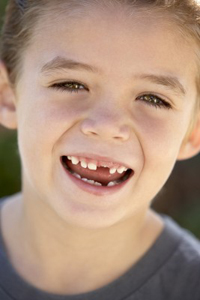 Members of staff from a dental practice in Weybridge are celebrating after successfully completing a charity skydive. The team decided to take on the adrenalin-pumping activity to raise money for 3 year old Charlie Berry.

The team of Portmore Dental Practice in Weybridge soared through the skies on Saturday to raise money for The Children’s Trust in Tadworth. The centre is currently caring for 3 year old Charlie Berry who was found face down in a swimming pool while on holiday in Spain last year. Charlie spent seven weeks the Alicante hospital before being moved to St Peter’s Hospital in Chertsey and he is now staying at The Children’s Trust. Charlie is undergoing tests to determine the extent of damage to his brain.

The practice decided to raise money for The Children’s Trust because Charlie’s cousin, Naomi Maynard, works at the surgery. Naomi was part of the cheering squad at Saturday’s skydive and was joined by other members of her family to support dental nurses, Katie Frith and Emma Faircloth and dental hygienist, Marguerite Kelly. Emma’s boyfriend, Dean, also willingly took part in the skydive. Katie said that she was quite nervous before the jump, but also really excited and she described the experience as “amazing.”

Naomi said that Saturday was a great day and thanked her friends and colleagues for their support and the amazing work they have done to raise funds for the centre, which is caring for Charlie. She said that the family is waiting to hear more about Charlie’s condition but added that he is the best possible hands.

The team is hoping to reach a fundraising target of £3000.

This entry was posted on Thursday, May 2nd, 2013 at 10:30 am and is filed under Charity. Both comments and pings are currently closed.