Up to 90% of Singaporeans are worried about dental costs, new survey reveals 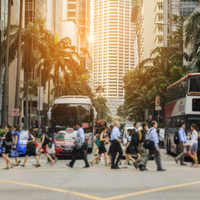 A new survey has revealed that almost 90% of Singaporeans are worried about the cost of dental treatment.

The poll, which was commissioned by a panel instructed by the Singapore Dental Association, suggested that almost nine out of ten adults are concerned about rising dental fees. Around a third admitted that they would be willing to explore options to save money, including travelling overseas to countries like Thailand for treatment. Some also said that they would switch to public clinics if the waiting lists weren’t so long.

The survey involved 1,438 people aged between 25 and 60 years old, and data was collected in August 2019. The SDA wanted to conduct the poll to gauge levels of confidence in Singaporean dentists and dental care systems and to identify potential concerns among the public.

As well as highlighting cost barriers, the survey also revealed that 76% of people were worried about the rising cost of living in Singapore and 17% of those surveyed hadn’t been to see a dentist in the last three years. Almost 30% of those involved attended public dental clinics, with many criticising lengthy waiting times.

This entry was posted on Thursday, September 12th, 2019 at 4:30 pm and is filed under Dentistry abroad. Both comments and pings are currently closed.