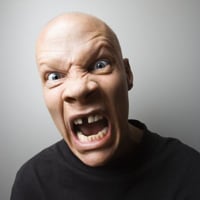 New research has suggested that tooth loss could be linked to memory problems.

According to researchers, the number of teeth is connected “uniquely and significantly” to the performance on memory tests, which involve recalling memories, specific information and facts.

The study found that people with most of their own teeth had a 4 per cent improved memory than those who had a large number of missing teeth. This figure was calculated after taking other factors into account.

The findings of the research were published online by the European Journal of Oral Sciences and the study was conducted by researchers in Norway and Sweden. The group involved 273 participants who were aged between 55 and 80 years old. The average number of teeth was 22, 10 short of the full set.

Study authors from Umea and Stockholm universities in Sweden and the Institute of Clinical Dentistry in Tromsx, Norway, stated that the number of natural teeth impacted upon the results of memory tests, with patients with all or most of their teeth in place performing better on episodic memory tests.

This entry was posted on Thursday, June 20th, 2013 at 9:31 am and is filed under Dental implants. Both comments and pings are currently closed.