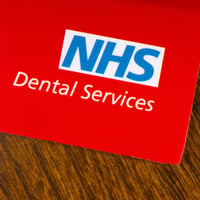 Tim Farron, the MP for South Lakes, has secured guarantees from ministers after chairing a parliamentary meeting about access to dental services in Cumbria on Wednesday 3rd July.

During the meeting, Mr Farron outlined the current situation, describing is an “unjust” and pointing out that patients are unable to see a dentist without facing a choice between going private and travelling up to 50 miles. Children in the region have poor standards of oral health compared to the national average and over half of adults haven’t been to the dentist in the last 2 years, according to British Dental Association figures.

Mr Farron said that the current system wasn’t working for patients or for dental professionals, and called for ministers to take urgent action to update the contract and implement a system that enables patients who pay their taxes to see a dentist without having to wait or leave their home town and provides dentists with better working conditions.

Cumbria is one of the worst affected areas in terms of dental access, with some patients being told that the nearest NHS places are a 90-mile round trip away.

This entry was posted on Friday, July 5th, 2019 at 4:07 pm and is filed under General. Both comments and pings are currently closed.