Thief causes over £10,000 worth of damage to Burnley dental practice during burglary spree 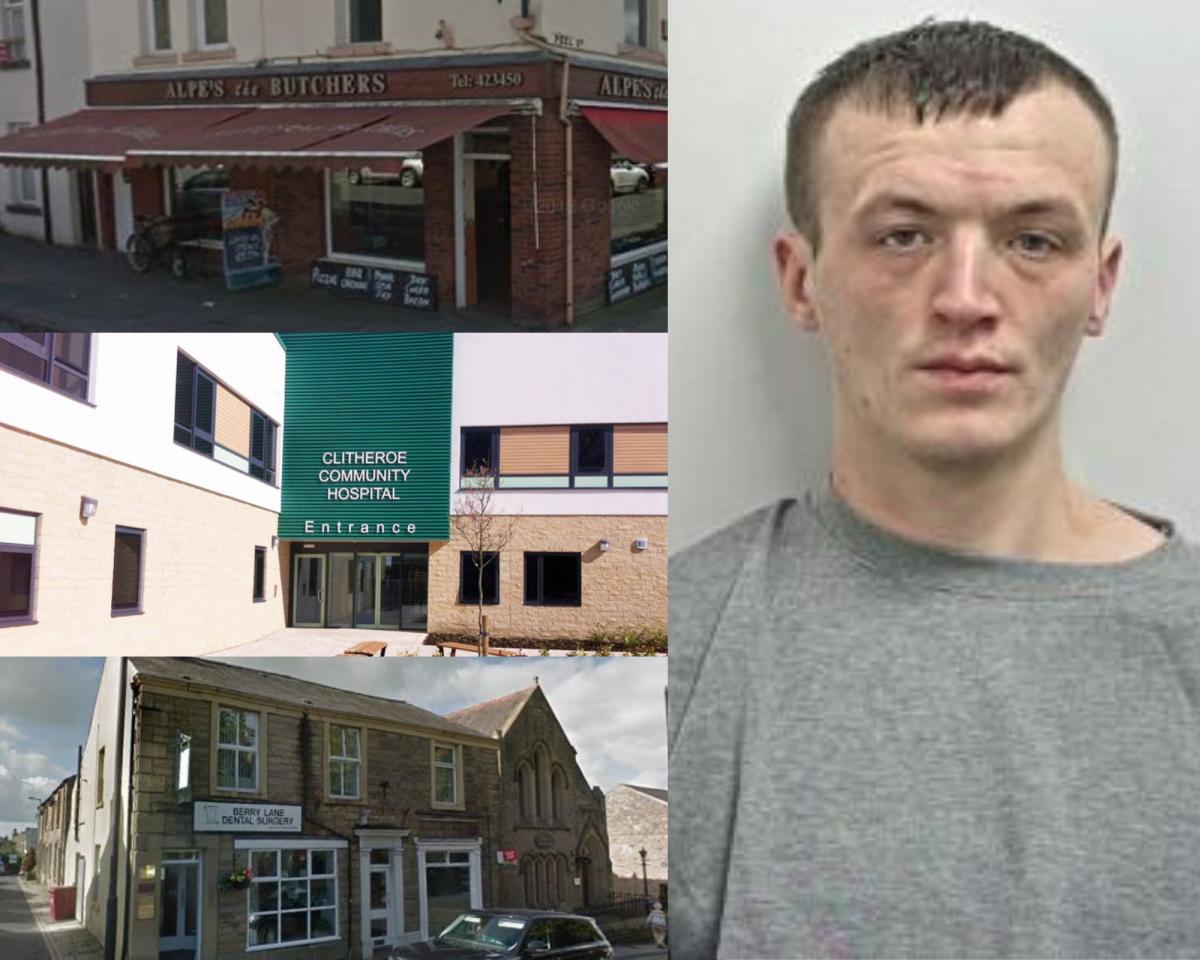 A man from Burnley caused over £10,000 worth of damage to a dental practice in Longridge as part of a burglary spree that saw several Ribble Valley businesses targeted.

Stephen Crawford, 28, started his assault on local businesses on September 16th when he broke into Clitheroe Community Hospital in the early hours. He stole £50 from a cash tin in the café before moving to a residential area and targeting a homeowner’s garage, which contained a Jaguar. He woke the owners while opening the garage door and ran away.

The next stop was the town centre, where Mr Crawford ripped the till off the wall and stole £300 in cash from Alpes Butchers.

Weeks later, Mr Crawford embarked upon another rampage, breaking into a parked vehicle and stealing a wallet on October 12th. He used a bank card to draw out £360 in cash having found the pin written down inside the wallet.

Later, Mr Crawford broke into Berry Lane Dental Surgery, stealing £30 in cash and causing extensive damage to almost every room. Crown court prosecutor, Michelle Brown, stated that Crawford had moved through the surgery, breaking doors off their hinges and even smashing a radiator by trying to gain access through a wall. In total, the cost of damage was estimated at over £11,500. Mr Crawford was sentenced to 22 months in jail.

This entry was posted on Thursday, April 29th, 2021 at 9:27 am and is filed under Crime. Both comments and pings are currently closed.