Sleaford dentist celebrates her birthday by donating £1,000 to charity 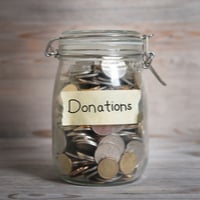 A Sleaford dentist has celebrated her birthday by generously donating £1,000 to a local charity.

Dr Kajal Bathia, from Sleaford Smile Centre, and her team decided to celebrate the occasion by donating £1,000 to Sleaford’s Rainbow Stars. The charity supports young people with autism and additional needs and it makes a really positive difference to children and their families in the local community.

As her birthday approached, Dr Bathia posted on Facebook, informing friends and followers that the practice would donate £5 for every share. The aim was to get 100 shares, but this milestone was quickly surpassed, and the response from patients and local residents was incredible.

The donation was passed on to Jane Peck, who runs the Sleaford Rainbow Stars’ disability support hub. Jane said that she was bowled over by the response and thanked the practice team and everyone who shared the Facebook post for their generosity. She praised the community spirit in Sleaford, adding that this was another example of how generous local people are and what a difference people can make by supporting charitable initiatives and being kind. Describing the gesture as “beautiful,” Jane suggested that the donation will make a huge difference to families that are finding life tough.

This entry was posted on Friday, March 13th, 2020 at 4:28 pm and is filed under Charity. Both comments and pings are currently closed.