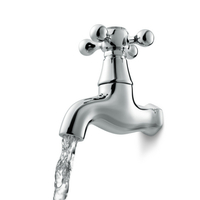 Scotland has become the first nation in the world to have its tap water recognised for its ability to promote healthy smiles.

Scottish tap water has been given the seal of approval by the Oral Health Foundation after Scottish Water submitted evidence, which supported a link between tap water and healthier teeth. The news was revealed shortly after new figures confirmed that the proportion of children with no signs of decay has a hit of record high.

To celebrate the accolade, members of staff from Scottish Water joined forces with children from Annette Street Primary School in Govanhill, Glasgow and representatives from Clyde Munro dental firm to mark National Brush Day. The event, which takes place on the 1st November, is designed to encourage children and parents to make healthy lifestyle choices and to look after their teeth and gums.

Children at the school took part in a series of fun activities and they were also given lessons in oral hygiene and looking after the planet from teams at Munro Dental and Scottish Water respectively. The children really enjoyed the sessions, which were very informal, informative and engaging, and it is hoped that they will come away wanting to keep their smiles in check and do their bit for the environment.

Ruaridh MacGregor, from Scottish Water, said that everyone is very proud of the recognition and hopes that the news will encourage more people to choose tap water over sugary drinks and fizzy pop.

This entry was posted on Wednesday, November 6th, 2019 at 4:35 pm and is filed under Oral health. Both comments and pings are currently closed.