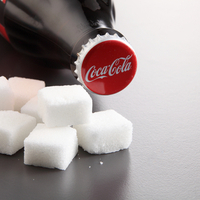 Scientists have called for a raft of measures to be introduced by policymakers all over the world, as it emerged that 3.5 billion people on the planet are suffering from oral disease.

A series of articles, studies and reports, which have been published in The Lancet, suggests that 3.5 billion people are affected by dental disease. The vast majority of cases could be prevented by improved access to dental care, better oral hygiene and oral education, and a healthier diet.

In light of the study findings, scientists have appealed for policy overhauls, stricter regulation of the sugar and food manufacturing industries and increased transparency linked to conflicts of interest in oral health research.

Lead author, Prof Richard Watt, chair and honorary consultant in dental public health at University College London, explained that the provision of dental care and responses to public health issues are ineffective and suggested that “dentistry is in a state of crisis.”

Researchers claim that there has been a breakdown in the “delivery of oral healthcare,” which is not the fault of dental professionals, but requires major changes to the way oral care is provided.

In wealthy countries like the UK, researchers suggest that high-tech treatments and innovation have taken preference over prevention.

Another major issue is the popularity of sugary foods and drinks and the impact of high-profile advertising campaigns. By 2020, for example, Coca Cola will spend $12 billion on marketing in Africa alone. This equates to a figure that is almost 3-times the total annual budget of the World Health Organisation

This entry was posted on Friday, July 26th, 2019 at 9:00 am and is filed under Oral health. Both comments and pings are currently closed.