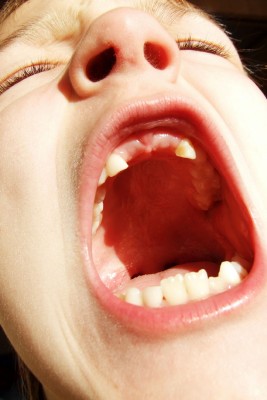 The British Dental Journal has published an article that reveals the state of dental health of children in Glasgow. The investigation, which was carried out between 2006 and 2008 and assessed the dental health of four thousand three-year-olds in the Greater Glasgow area, showed that the poorer children in the city suffered from more dental problems than the least deprived children.

The report, which was conducted by the University of Glasgow’s Dental School, claimed that around a quarter of those aged 3 years old that were assessed in Glasgow has some sort of dental decay or dental problems. Of the most deprived children, a third suffered from tooth decay and on average had just over one tooth either missing or filled. This was highlighted in comparison with the least underprivileged children in the city who had only a portion of a tooth missing to the extent of a third, on average.

The research assessed the level of deprivation for each child by using the Scottish Index of Multiple Deprivation, taking into account factors such as education, income, housing, and employment. British Dental Association director for Scotland, Andrew Lamb, addressed the report; ‘While there has been a significant improvement in the nation’s oral health over the past forty years, this study highlights the depressing fact that poor dental health and inequality are closely linked.’

‘Given that tooth decay is totally preventable,’ Lamb continued, ‘it’s unacceptable that social deprivation is still such a strong marker of poor dental health. This study reinforces the importance of providing support to children from deprived communities soon after they are born. As adult health can be predicated by childhood dental health, this targeted intervention is vital to closing the gap in oral health inequalities.’

This entry was posted on Tuesday, August 31st, 2010 at 12:44 pm and is filed under General. Both comments and pings are currently closed.