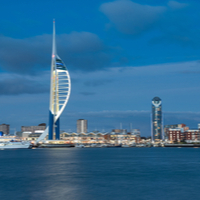 The parents of a 4-year old boy have raised concerns over access to NHS dental care in Portsmouth, after they were forced to make a 150-mile round trip for their son to see a dentist.

Michael McGhee, who moved from London to Portsmouth four years ago, said that he now drives his son, Patryk, to the capital, as there are no clinics accepting new patients in the city. When Michael, and his partner, Edyta, tried to make an appointment for Patryk, they were informed that there would be a 12-month wait because there were no places available. Mr McGhee called 20 practices in and around the Gosport area, and after a fruitless search, he ended up re-registering with his previous practice in Clapham, South London, which is 71 miles away from the family home.

Portsmouth patients were rocked by news of unexpected closures across the city earlier this year, as Colosseum Dental pulled the plug on its NHS contract. Three practices ceased to provide NHS services, leaving thousands of people without a dentist.

Recently, NHS England has confirmed that it is investigating alternative arrangements. Bupa Dental has already increased the capacity at some of its Portsmouth clinics, and NHS representatives are currently working on a temporary contract with the university’s dental academy. It has also been confirmed that talks are being held with a third provider in the city.

This entry was posted on Monday, September 16th, 2019 at 4:30 pm and is filed under Dental Access. Both comments and pings are currently closed.