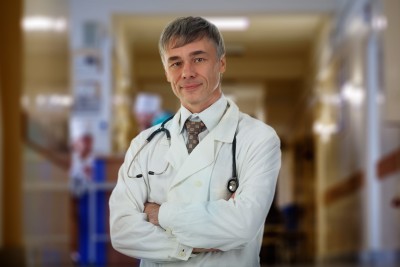 A dentist who has worked near Oxford for the last decade has bid a fond farewell to staff and patients.

Manuel Perez-Padron has worked at Iffley Dental Practice in Rose Hill for the last ten years, but is now planning to return home to his native La Palma. The dentist, who became extremely popular instantaneously, will be sadly missed by patients and colleagues. Mr Perez-Padron was sent on his way with a celebratory party and a huge cake in the shape of the practice.

After 10 happy years in Oxford, Manuel, a father of two, said that he is looking forward to returning to the Canary Islands, but wanted to thank all of his patients and staff members he has worked with over the years for their loyalty, support and friendship. On receiving the expertly decorated cake, Manuel said it was the “pinnacle” of his career and he was extremely grateful for everyone’s well wishes.

Manuel said that he is extremely proud to have worked in such a beautiful city for a decade and he will miss the place and the people immensely. During his time in Oxford, Manuel has not just cared for his patient’s teeth, he has also campaigned for better education and dental care for the city’s poorer children and been actively involved in charity projects. He was a member of several sports clubs and teams and has given 2 per cent of every pay cheque to Oxford Children’s Hospital.

This entry was posted on Monday, August 18th, 2014 at 11:02 am and is filed under Dentistry abroad. Both comments and pings are currently closed.