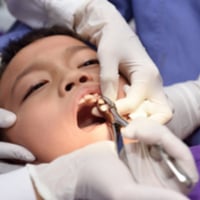 The number of children undergoing extraction procedures in England has risen by 18 percent in the last five years, new figures confirm.

According to the Local Government Association (LGA), 45,077 extractions were performed on children in England last year. This represents an increase of almost 20% since 2012. The cost of extractions to the NHS in 2017/2018 was nearly £40 million. Over the last five years, the NHS has spent £205 million on extracting children’s teeth in England.

Chair of the LGA’s Community Wellbeing Board, Cllr Ian Hudspeth, said that the figures underline the impact of poor diets, which contain far too much sugar. New statistics suggest that 180 operations are carried out every day to remove multiple decayed teeth, despite the fact that the vast majority of cases of decay are preventable.

Cllr Hudspeth called for new measures to tackle sugar consumption and to improve oral health education so that parents and children are aware of the implications of consuming too much sugar.

In reaction to the news, the British Dental Association has accused the government of failing to target families in deprived areas and described its ‘Starting Well’ scheme as an “unfunded gimmick.” BDA chair, Mick Armstrong, said that the government needs to invest more in prevention and called for the health secretary, Matt Hancock, to include dentistry in his plans to invest heavily in preventative care in the coming years.

This entry was posted on Wednesday, December 5th, 2018 at 10:06 am and is filed under Children's Dentistry. Both comments and pings are currently closed.