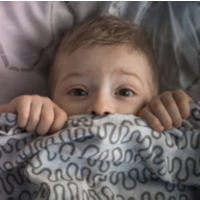 A new survey conducted by the Oral Health Foundation has revealed that 1 in 8 children have nightmares about their teeth.

Worryingly, the survey also highlighted widespread anxiety among children linked to oral health. Almost 50% of parents said that their child had expressed concerns about their dental health, with numbers even higher in younger kids.

Dr Nigel Carter OBE, chief executive of the Oral Health Foundation, claimed that children are becoming increasingly aware of the appearance of their teeth and this could be harming their mental health. More and more children are anxious about dental health, and this could be due to the rise of social media and the prevalence of TV shows and magazine and social media images, which portray a perfect smile. Many children don’t have flawless pearly whites and seeing the difference between their smile and somebody on TV or in a magazine can contribute to anxiety and unhappiness.

Dr Carter also believes that the lockdown may have had an impact, with children seeing their faces more regularly on screens than they would normally. Almost 30% of children have spoken to their parents about altering the look of their smile, which is worrying at a young age.

The advice from the Oral Health Foundation is to use conversations to talk about the importance of dental health and to reassure children that healthy teeth don’t always look perfect, especially when they are still growing and developing.

This entry was posted on Thursday, June 4th, 2020 at 5:00 pm and is filed under Children's Dentistry. Both comments and pings are currently closed.