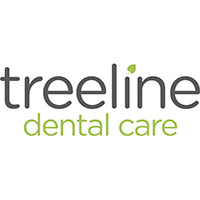 A new dental clinic has opened in Sleaford, increasing the number of dental places available in the area and creating 20 new jobs.
Treeline Dental in Southgate is now officially open, and the response from patients has been incredible. When the practice owner, Dr Jimmy Palahey, announced the opening, there was an influx of calls and hundreds of people took an interest in registering. Now that surgeries are up and running, the team is contacting patients and making appointments for the coming weeks and months.
The opening was attended by the Mayor of Sleaford, Grenville Jackson, and local councillor Kate Cook.
The new Sleaford practice will be open 365-days-a-year, offering appointments between 8am and 8pm. Both private and NHS services are available. As well as providing patients with flexible, extended opening times, the opening of Treeline Dental has also created a host of new jobs.
Dr Palahey has 15 years of experience in running dental practices and he owns a clinic in Nottingham and a newly-opened surgery in Lincoln with his wife, Nav.
There are still spaces available in Sleaford, but Dr Palahey has urged patients who are looking for a local dentist to contact the surgery as soon as possible, as the number of patients on the register is growing by the day.

This entry was posted on Wednesday, January 30th, 2019 at 5:36 pm and is filed under General. Both comments and pings are currently closed.