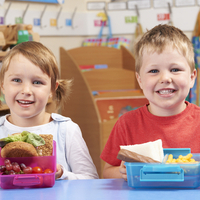 A report has urged schools in London to scrap sugary lunches.

Currently, guidelines published by the Department for Education permit schools to serve desserts and puddings at lunchtime, but the London Assembly has called for change. A report, which was compiled by the assembly’s Health Committee, suggested that schools in the city should follow the example set by educational organisations that have already opted to go sugar-free.

The John Scurr Primary School in Tower Hamlets is one example. Recently, staff carried out a packed lunch audit, a letter was sent to parents with healthy eating and snacking tips and ideas and the school adopted a water-only policy. In response to the measures, parents provided really positive feedback and children started coming to school with much healthier lunchboxes, with no bags of crisps, sweets or chocolate bars in sight.

The ‘Child Dental Health: Keeping the Tooth Fairy Away’ report was published as part of a drive to lower rates of tooth decay, especially in areas of London where decay is more prevalent. In addition to healthy lunches, the London Assembly also recommended supervised brushing schemes in schools and dental checks for young children from the age of 1. The report also suggested that the Mayor of London should consider appointing a dedicated dental specialist to join the Child Obesity Taskforce.

This entry was posted on Thursday, June 13th, 2019 at 4:41 pm and is filed under Children's Dentistry. Both comments and pings are currently closed.