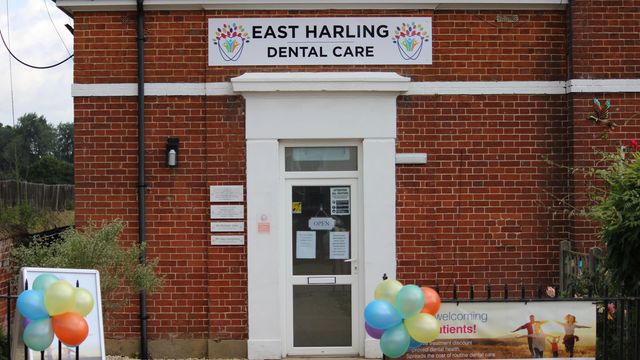 The team at a new East Harling dental practice has been inundated with calls.

East Harling Dental Care opened to patients on Monday 5th July and the response from local residents has been incredible. The team has handled hundreds of calls, with patients desperate to make appointments.

The owners of the new practice, Saju Varghese and Roshan John, said that the demand for appointments has been extremely high. Dentists have been working long hours to try and see as many patients as possible and the diary is packed for weeks to come.

Dental access issues are well-documented in Norfolk, and the last year has been frustrating both for patients and dentists. Mr Varghese explained that the opening of the clinic was delayed by over a year due to the pandemic.

The plan was to open in April or May 2020 but then the outbreak hit, and it was impossible to continue as planned.

Every element, from fitting the practice and installing equipment to the CQC inspection, was delayed. Mr Varghese said that he didn’t have a job during the lockdown but now, 15 months later, the future is looking bright.

The premises were used as a dental practice previously but closed due to a shortage of dentists. At the time, in 2018, the duo inquired about buying the practice but the owner was reluctant to sell. He later decided to offer the pair the chance to lease the practice, and Mr John and Mr Varghese set about making plans.

Mr John said that it was a relief to be open and added that the entire team is looking forward to welcoming patients. There is a shortage of dental places in Norfolk and the practice has been inundated with calls.

The owners are looking to recruit more dentists in the future and they have also committed to keeping prices as low as possible to ensure that local dentistry is more accessible.

This entry was posted on Wednesday, July 14th, 2021 at 9:26 am and is filed under New Dental Clinic. Both comments and pings are currently closed.