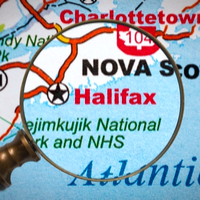 Mydentist has revealed plans to merge its three practices in Halifax into one giant dental centre in Broad Street Plaza.

The chain, which currently operates two clinics on Clare Road and one on Parkinson Lane, is hoping to secure planning permission to create a larger practice on the ground floor of Broad Street Plaza. The plans relate to an expansive unit, which was previously occupied by a Chinese buffet restaurant.

If plans for the new facility are given the green light, the new state of the art centre will boast 15 dental chairs.

News of the relocation has received mixed responses online. The Halifax Courier Facebook page has been inundated with comments, some positive and some negative. Reader Sue Moore said that any step that will increase access to NHS dental services must be positive, and many others have also supported the opening, especially given that the unit is currently vacant and there is a shortage of dental places in the area. In contrast, there have been comments calling for a Primark store rather than a dental practice and some people have said that the complex should be reserved for shops and eateries.

This entry was posted on Wednesday, February 20th, 2019 at 5:00 pm and is filed under General, New Dental Clinic. Both comments and pings are currently closed.