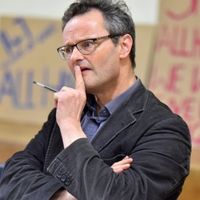 MPs with constituencies in Suffolk and Norfolk have raised concerns over dental access issues in Parliament.

The MP for Waveney, Peter Aldous, described rural and coastal areas as “dental deserts” and appealed for urgent help to enable more patients in the region to access dental care.

Mr Aldous suggested that patients have been struggling to see a dentist for a long time in parts of Suffolk and Norfolk and the situation has been made worse by the pandemic. He described the current situation in the region as “acute” but stressed that this was a problem that is now spreading across the UK.

In light of the crisis, Mr Aldous urged the government to increase funding for dental services and to ensure that a new dental contract is rolled out in April 2022. The Waveney MP also suggested that dentistry should be given more weight on integrated care boards and called for more to be done to step up training and recruitment to tackle staff shortages.

Mr Aldous highlighted the growing prevalence of DIY dentistry and added that children are missing out on appointments and cases of oral cancer are going undetected.

Speaking in the House of Commons on Tuesday 23rd November, Mr Aldous urged the health secretary Sajid Javid to draw up a “clear plan for addressing the crisis.”

An investigation carried out by local reporters recently revealed that none of the 75 practices they contacted were accepting new NHS patients and most had closed their waiting lists.

This entry was posted on Thursday, November 25th, 2021 at 10:11 am and is filed under Dental Access. Both comments and pings are currently closed.