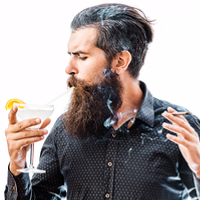 The number of cases of mouth cancer has increased by almost 70 percent in the last twenty years, new statistics from Cancer Research UK confirm.

The last figures suggest that mouth cancer has become increasingly prevalent in the UK, with more than 11,400 cases diagnosed ever year. In the last two decades alone, the incidence has increased by 68 percent.

Experts believe that lifestyle factors are to blame for the jump, with smoking and excessive drinking among the most significant risk factors. Exposure to infections, such as HPV (human papilloma virus) and a poor diet lacking in essential nutrients, are also linked to increased oral cancer risk.

Figures suggest that mouth cancer has become more common in both males and females. Although smoking rates have dropped noticeably in the last decade, doctors believe that a “lag effect” has become apparent, with those who smoked in their younger years suffering the consequences later in life. The statistics suggest that the incidence has increased from 8 cases per 100,000 people in 1993-1995 to 13 cases per 100,000 people in 2012-2014. There is also a belief that increased alcohol consumption, especially among females, has contributed to the increased prevalence.

Jessica Kirby, senior health information manager at Cancer Research UK, said that there were several factors linked to an increase in the number of cases, with the most important risk factors being drinking and smoking. In many cases, patients are experiencing the effects of lifestyle choices they made years ago.

The advice from health professionals is to be wary of risk factors and to be alert to potential warning signs, which include slow-healing oral sores, a persistent sore throat, red or white patches in the mouth and abnormal swelling or lumps. Regular dental appointments are strongly recommended.

This entry was posted on Monday, November 28th, 2016 at 9:34 am and is filed under Gum disease, Oral health. Both comments and pings are currently closed.