More than a million people are struggling to see a dentist in England, new survey suggests 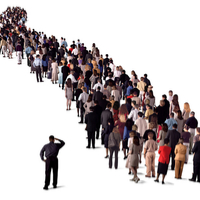 More than a million people are struggling to get an appointment with an NHS dentist, a new survey suggests.
Analysis of the most recent NHS GP Patient Survey found that around a quarter of participants are not currently registered with an NHS dentist. This equates to around 1.03 million people.
The British Dental Association has warned that the situation will get worse in the future, as studies indicate that up to 3 in 5 dentists in England are planning to retire, leave the profession or set up privately in the next 5 years.
News of the crisis has been made all the more alarming amid statistics that show that rates of decay are rising among children. In the last two years alone, the number of extractions carried out on young children has increased by 50 percent.
NHS data confirms that recruitment and access issues are widespread, but some areas are worse off than others. The problem is most profound in Lincolnshire, Norfolk, West Yorkshire and Cornwall.
Eddie Crouch, vice chair of the British Dental Association, described high-street dentistry as being “on the brink” and warned that patients are missing out. Practices all over the country are struggling to fill positions and a shortage of dentists is contributing to clinic closures, access issues and delays.
A spokesperson for the NHS said that 90% of patients who want a dental appointment are able to get one.

This entry was posted on Tuesday, February 5th, 2019 at 10:14 am and is filed under General. Both comments and pings are currently closed.