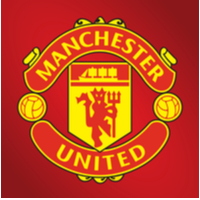 Manchester United players will undergo dental checks next month as they prepare to start the new season.

After a disappointing end to the 2018/2019 season, manager Ole Gunnar Solskjaer is looking to build on the positives of the start of his reign and build a new team, which will be capable of challenging for the title. Pre-season preparations are set to begin in the coming weeks, and it has been confirmed that dental professionals will be visiting the club’s Carrington training ground to provide routine checks and any treatment that is necessary before the players head off on tour ahead of the first Premier League game.

Dental issues are known to affect athletic performance, but routine checks can also provide an important insight into general health. Hygienists and dentists can often pick up on symptoms and signs that may not yet be apparent or visible to the individual. Dental problems are linked to heart disease and diabetes, while signs such as worn teeth can indicate tooth grinding, which is often associated with stress and anxiety. Persistent sores and increased susceptibility to oral issues may also suggest a higher risk of anaemia.

The coming weeks may prove crucial for Ole Gunnar Solskjaer and his coaching team, as they look to offload a number of players and bring in new recruits to bolster the squad and try and catch up with their fiercest rivals, Liverpool and Manchester City. The management will be hoping that health and dental checks and fitness sessions will ensure the team starts the campaign in good shape.

Research has shown that dental issues are prevalent in sports people. This may be due to the consumption of energy and sports drinks, a carbohydrate-rich diet or a lack of due care and attention to dental care and oral hygiene. To combat dental disease and ensure optimum standards of performance, more and more football clubs are joining forces with dental practices to ensure their players get checked out on a regular basis.

This entry was posted on Thursday, June 13th, 2019 at 10:41 am and is filed under celebrity dentistry. Both comments and pings are currently closed.