Mablethorpe dental practice to close in February due to staff shortages 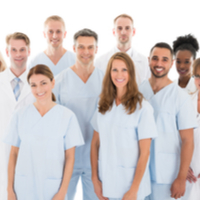 A dental practice in Mablethorpe, Lincolnshire, will close in February, it has been confirmed.

The Bupa dental surgery, which is based at the Marisco Medical Centre, will shut early next year as a result of a shortage of staff. The former Oasis Dental practice was taken over by Bupa, but has struggled to recruit new dental staff. The clinic is currently the town’s only dental surgery.

The closure of the clinic has been put down to continued staffing problems by the BBC, but Bupa hasn’t commented on the situation as yet.

When the practice closes, patients will be forced to travel outside of the town to see a dentist, with the nearest Bupa practices located in Skegness, Grimsby and Market Rasen.

The announcement comes after a string of closures in the mydentist chain, which also has practices all over the UK. Numerous appointments have been cancelled or postponed, and some surgeries have been shut down due to a lack of dentists and trouble recruiting new members of staff.

Patients who are currently registered with the practice have been informed about the news, and advice is available about nearby services via the NHS Choices website and the dental helpline.

We have been contacted by Sharon Drury, Regional Operations Director for Bupa Dental Care.

“Due to long standing recruitment issues in Mablethorpe we’ve made the difficult decision to close the practice in February 2019. It’s our priority to help patients move to another dentist. We’re working with local partners including the NHS, and we’re contacting all our patients with these details.”

For background:
We are still fulfilling existing appointments and will offer emergency appointments wherever possible until the practice closes
The closure only affects Bupa Dental Care in Mablethorpe, and our other practices in the area remain open
Bupa has owned the practice since February 2017
The practice has c.7,000 active patients

This entry was posted on Tuesday, December 4th, 2018 at 10:43 am and is filed under General. Both comments and pings are currently closed.