Lost a tooth? Boffins say grow a new one 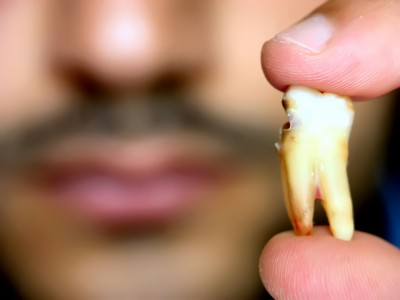 Boffins are claiming that patients with missing teeth will be able to grow replacements thanks to new technology.

Professor Paul Sharpe and his team from King’s College London’s Dental Institute claim that stem cells will soon be used to grow a new tooth for patients.

The new technology implants a bud of stem cells into the gum where the missing tooth was and a new tooth will grow within a few months.

Claiming this procedure is far more beneficial to patients than having an artificial crown fixed, Professor Sharpe said the stem cell implant could even be done under local anaesthetic.

He added that this kind of implant would reduce the need for extensive surgery and patients would benefit as they would not need to have metal drilled into their jaws.

The stem cells are taken from a patient and then cultivated into the right sort of tooth in a laboratory.

So far the procedure has only been successful with mice but Professor Sharp sees no reason why it can’t work on humans.

How soon is “soon”? I can wait for one more year if this technology works in humans and becomes as affordable as implants.

This entry was posted on Tuesday, December 29th, 2009 at 1:29 am and is filed under General. Both comments and pings are currently closed.