Kings Lynn patients raise concerns about NHS access, as some face 70-mile trip to the dentist 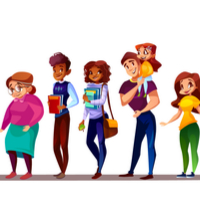 Patients in Kings Lynn have raised concerns about a lack of access to NHS dental services in the region, with some facing trips of up to 70 miles to see a dentist.
Alan Lowes, 74, was recently interviewed in the local press after he experienced difficulties registering with a dentist. Mr Lowes had never had any trouble getting a dental appointment before the summer, but in August, he was informed that he had been taken off his practice list. Mr Lowes had not visited for 2 years and was subsequently removed. He has been trying to find an NHS dentist since August and has so far discovered that the closest surgery accepting new NHS patients is 70 miles away in Lowestoft.
After researching online and visiting practices in person, Mr Lowes branded the situation a “disgrace.” He has lived in the area for over 30 years and was told the same story at every practice. There are no available places for adults at the moment. One practice even said that three dentists had recently left.
Mr Lowes’ story is not an isolated tale, and the British Dental Association described the situation in Norfolk as a “scandal” in November last year.
A survey carried out by the local newspaper revealed that 89% of those who took part had experienced difficulties finding an NHS dentist.

This entry was posted on Wednesday, January 16th, 2019 at 10:06 am and is filed under General. Both comments and pings are currently closed.