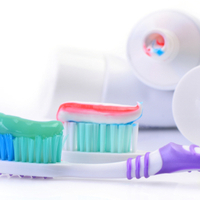 Irish dentists have criticised the government’s new oral health policy, describing it as a ‘starting point’ rather than a viable long-term plan.
The Irish Dental Association has taken time to review the policy, which was introduced by ministers in April, and the feedback will not come as welcome news for the government. Dentists have suggested that the policy is flawed due to gaps in funding and promises that are unlikely to be delivered.
The new policy, which is entitled ‘Smile agus Slainte,’ was unveiled by Regina Doherty, minister for social protection, and health minister, Simon Harris, in April. The strategy was marketed as a new plan, which would improve oral care for adults and children and enable more under 18’s and medical care holders to access free dental treatment, but the IDA is sceptical.
IDA chief executive, Fintan Hourihan, said that delivering the desired outcomes would require a fundamental change of direction in the way the government views oral care. Although the policy rhetoric, which focuses on prevention and recognising the relationship between oral and general health, is positive, Mr Hourihan said that IDA members are incredibly dubious about the ability to achieve the desired objectives based on the current approach to dental care.
One of the main points of the policy, providing free care to under 6’s and under 16’s sounds brilliant, but the IDA is questioning how ministers are going to bring about this change on the back of austere funding cuts. The system is already struggling to cope, and expanding free treatment seems to be a measure that has no significant financial backing.

This entry was posted on Tuesday, May 14th, 2019 at 9:40 am and is filed under Oral health. Both comments and pings are currently closed.