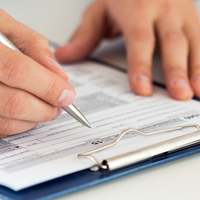 Hundreds of thousands of dental patients have been fined as a result of filling in exemption forms incorrectly, a National Audit Office investigation has revealed.
Research shows that there has been a ten-fold increase in the number of patients receiving £100 penalty fines, with many forced to pay out after making honest, genuine mistakes. Fines are awarded as a means of preventing fraud, the NHS claims, but the British Dental Association suggests that they serve only to create a “hostile environment” for patients. Research undertaken by the National Audit Office found that 400,000 were issued last year alone.
The BDA is worried that vulnerable people are being punished for making errors, which are understandable given the complexity of the current exemption form. Many of those eligible to claim free dental care suffer from disabilities, learning difficulties and chronic illnesses, and a lack of clarity is costing them money and causing them to be anxious about making claims in the future. This will only serve as a deterrent for patients who need dental care.
The British Dental Association was also quick to point out that the majority of appeals (up to 90%) are successful, which indicates that fines are handed out far too freely.
In the last four years, the number of patients seeking free dental treatment has fallen by 24 percent, which could indicate that people are too scared to see a dentist in case they make a mistake and it ends up costing them £100.

This entry was posted on Friday, February 1st, 2019 at 10:51 am and is filed under General. Both comments and pings are currently closed.