Healthwatch Norfolk calls for urgent changes in dental provision, as children as young as 5 struggle to get treatment 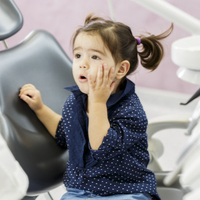 Healthwatch Norfolk has called for urgent reform in NHS dentistry provision, as children as young as 5 struggle to get treatment.

The watchdog has reported a surge in enquiries and complaints about dentistry in the last twelve months, with more and more people finding it difficult to get an appointment or join an NHS dental practice.

Figures for 2020/2021 suggest that there has been a decrease of almost 50% in the number of young children who have been to an NHS dentist in the last two years. Local newspapers have also featured stories of local residents, including one patient who is worried about losing their teeth at the of just 30 because they can’t find a dentist.

Chief executive of Healthwatch Norfolk, Alex Stewart, said that the issue of access is a “great concern” and a problem that is getting worse, as more people try to get an appointment. People are calling the watchdog daily and most are contacting the body because they can’t get the treatment they need.

There are no practices accepting new NHS patients and waiting times are increasing. Many people have been told that they will have to join a waiting list or go private, which is likely to be much more expensive.

The situation in Norfolk is representative of the picture across the UK, but the region is one of the worst-affected. There was a shortage of NHS dental places before the pandemic and the crisis has undoubtedly exacerbated existing issues. Practices are struggling to fill vacancies and tackle backlogs at a time when restrictions are still in place to protect staff and patients.

This entry was posted on Wednesday, January 19th, 2022 at 9:32 am and is filed under NHS Dentistry. Both comments and pings are currently closed.