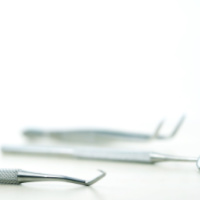 Health minister, Maria Caulfield, has shared plans for changes to the NHS dental contract on a visit to Smile Dental Care in Rowner, Portsmouth.

Ms Caulfield, the minister for patient safety and primary care, suggested that modifications to the current contract, which was launched in 2006, were imminent. Speaking to local reporters, she stated that the existing contract did not “reward dentists, financially” and added that the new contract would make taking on NHS patients “much more attractive.”

Ms Caulfield said that she was optimistic that the announcement, which is due in the summer, would ensure that dentists feel that their concerns and worries have been heard and provide “light at the end of the tunnel.”

Studies suggest that more than 3,000 dentists have left the NHS since 2020, contributing to widespread shortages of NHS dentists. Portsmouth currently ranks 7th in the country for the lowest number of dentists per 100,000 patients. The ratio is now 42 dentists to 100,000 patients in the city.

The health minister’s visit came just days after the chair of the Hampshire and Isle of Wight Local Dental Committee, Phil Gowers, warned that the system would die if nothing was done.

This entry was posted on Friday, July 1st, 2022 at 10:41 am and is filed under NHS Dentistry. Both comments and pings are currently closed.