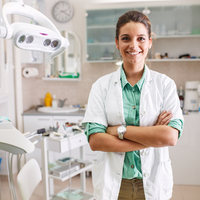 Health chiefs have been encouraged to make Norfolk a more attractive proposition for dentists, as a shortage of practitioners across the county contributes to access problems.

At a meeting of Norfolk County Council’s health overview and scrutiny committee, Nick Stolls, secretary of the Norfolk Local Dentist Committee, said that the region struggles to attract dentists because there is no dental school nearby, and graduates are more interested in moving to cities like London, Manchester and Birmingham. Mr Stolls also indicated that patients are being impacted by clawbacks, which occur when the NHS takes money out of practices that aren’t performing as expected.

Head of commissioning at NHS Midlands and East, David Barter, stressed that NHS England works alongside under-performing practices to identify measures that could be used to improve performance and hit targets. Labour councillor, Dr Chris Jones, however, pointed out that almost every practice as failing to meet the recommended goals.

Access to NHS dental services is a problem that is becoming increasingly widespread in Norfolk. Since November, three practices have closed in the Snettisham area, and patients are having to travel further afield to see an NHS dentist. There is a shortage of dentists in the area, which is forcing practices to shut down, and one of the main issues facing practice owners and health trusts is finding ways to make Norfolk a more attractive proposition for dentists who are looking for work. Rural communities have struggled to recruit dentists for many years, but it seems the crisis has reached breaking point in some regions, including Norfolk.

This entry was posted on Monday, April 15th, 2019 at 9:02 am and is filed under General. Both comments and pings are currently closed.