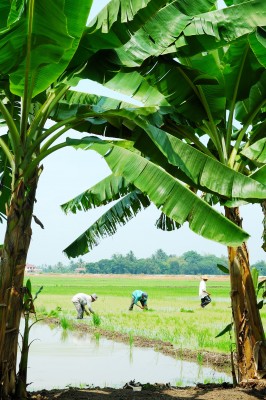 A dentist from Harleston has praised the work of the charity, Mercy Ships, after completing a tour to the Democratic Republic of Congo in October.

Nick Stolls spent two weeks aboard the ship Africa Mercy in October, helping to provide much-needed dental care to people who had never seen a dentist before. The ship, which weighs more than 16,000 tonnes, will be stationed in the Congo until June. The ships carry hundreds of trained doctors, nurses and dentists to provide basic health and dental care to people who have no access to healthcare in their own country.

During his time in the Congo, Mr Stolls was part of a team operating from a temporary clinic in Ponte Noire. There were eight dental chairs available and hundreds of people streamed through the doors in a bid to get help for chronic tooth pain and problems such as gum disease.

During the two week period, Mr Stolls performed a range of procedures, including fillings and extractions. He said that the poverty is hard to believe and many of the people are in desperate need of basic health and dental care. In just two weeks at the clinic, volunteers extracted more than 350 teeth.

Mr Stolls has also visited Guinea to participate in charity work and is hoping to volunteer with Mercy Ships again this October, although the destination has not yet been decided.

Mr Stolls has been a dentist for more than 30 years and decided to take up volunteering because he wanted to use his skills to help people who were in desperate need of help. He realised that the work he does on a daily basis could make a huge difference to people living in developing countries and decided to apply to Mercy Ships after seeing an advertisement.

Mr Stolls was under no illusion that the work would be difficult, but he said that it was hard to get your head around the level of poverty and the sheer size of the problem, with so many people unable to access even the most basic of services. He said that his time in Congo was very rewarding and is looking forward to helping out in the future.

This entry was posted on Friday, March 7th, 2014 at 11:38 am and is filed under Charity. Both comments and pings are currently closed.