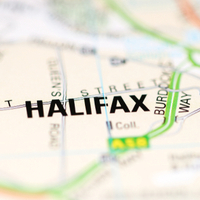 The MP for Halifax, Holly Lynch, has raised concerns over the future of dental practices in her constituency.

The move comes after the British Dental Association suggested that around two-thirds of practices in Yorkshire and the Humber could fold within 3 months.

Ms Lynch has called on the government to look into ways to support practices, with routine appointments cancelled and clinics closed for the foreseeable future. Practices have already lost a huge amount of income over the course of the last month, and 15% of owners are worried that they can only survive for another month.

Talking about the issue on Twitter, Ms Lynch said that dental businesses seem have to fallen through the gaps, and most are unable to secure financial support through the government’s new schemes introduced to boost companies during the Coronavirus crisis. Some practices have tried to secure a business interruption loan, but statistics show that 98% were unable to secure funding. As a result, over 60% of practices have applied for a commercial loan. Many of these loans have high interest rates, and there is a real worry that practices will fall into debt that they won’t be able to cover in the coming months and years.

Ms Lynch has echoed concerns voiced by the British Dental Association. Recently, chair of the BDA, Mick Armstrong suggested that a large proportion of practices in the UK are now on a “cliff edge.”

This entry was posted on Tuesday, April 21st, 2020 at 1:42 pm and is filed under Clinic Closure. Both comments and pings are currently closed.