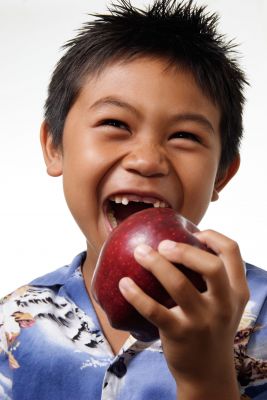 The Green Party has hailed dental reforms, which will provide more than a million Australian children with free dental care.

In a parliamentary debate, which kicked off last night, Senator Richard Di Natale, who has fought tirelessly to change dental care in Australia, said that the new system will benefit an “entire generation of Australians.”

Senator Di Natale and his party members have been campaigning for a more universal dental system to improve access to dental care since the Labor party won the election but failed to gain a majority vote. Reforms to dental care were one of the criteria for the Greens lending their support to the coalition government.

Senator Di Natale said that Australia used to be a world-leader in oral health, but standards have slipped and children are missing out on routine dental care, which has lead to increases in gum disease and decay among children. Waiting times have increased significantly and many families cannot afford to visit a dentist.

The new system involves a six year package, which will cost $2.7 billion for children’s dental care and $1.3 billion for adults with a low income; a further $225 million will be spent on expanding dental services in urban and remote areas.

Speaking to the Senate, Di Natale said that parents will be able to take their child to the dentist without worrying about the cost for the first time ever; the system will work in a similar way to the medical care system. Focusing on children will help to reduce dental care costs in the future, as well as preventing children from suffering unnecessarily.

The new dental package has not been met with positivity by everyone; opposition MPs claim that thousands of people will be left in the lurch once the Chronic Dental Disease Scheme is scrapped at the end of this month, s the new system will not come into play until 2014.

This entry was posted on Tuesday, November 20th, 2012 at 10:37 am and is filed under Dentistry abroad. Both comments and pings are currently closed.