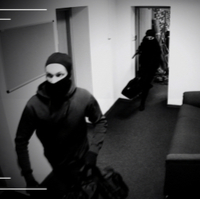 Thieves have targeted a dental practice in Glasgow. Police officers are appealing for information after staff at Alexandra Park Dental Practice arrived at work on Saturday 28th March to find the surgery had been ransacked.

It is thought that the break-in happened on Friday night (27th March). The front door had been smashed, allowing the thieves to gain entry, and the reception area had been turned upside down. The ground was covered in shards of glass, boxes had been tipped out behind the reception desk and a till had been thrown across the floor.

The thieves caused extensive damage to the front of the building, but fortunately, they did not steal anything of significant value. The practice had been shut due to the cancellation of routine appointments to stop the spread of coronavirus.

A spokesperson for Police Scotland confirmed that officers were called to the premises in the early hours of the morning on Saturday 28th March. An investigation is now underway, and anyone who has any information that may be useful is encouraged to contact Police Scotland on 101. The reference number for the case is 0150.

This entry was posted on Thursday, April 2nd, 2020 at 4:54 pm and is filed under 'Invisible' braces. Both comments and pings are currently closed.