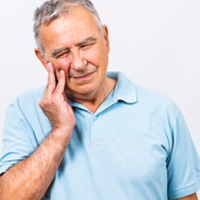 A dental patient from Glasgow has thanked his dentist for saving his life. William Murdoch, 53, is due to have surgery to remove a cancerous lump, which was discovered after he visited his dentist with crippling toothache.

Mr Murdoch, a butcher, decided to go to the dentist after developing severe toothache. His dentist, Catriona Amadel, extracted the affected tooth, but this was not the root cause of the problem. Underneath, she discovered a lump, which was later confirmed as a tumour. When Mr Murdoch was sent for tests at Queen Elizabeth Hospital, he said that the doctors didn’t even need to do a biopsy to tell that it was cancerous, and he is now preparing for a 12-hour operation to remove the tumour and reconstruct the mouth.

Mr Murdoch said that he cannot imagine what would have happened if he hadn’t have gone to the dentist when he did, and said that a routine appointment literally saved his life. He thanked Catriona and the entire dental team for their care, and he is now optimistic that he will make a full recovery after surgery.

Catriona Amadel wished William well and added that she hoped to see him fighting fit again soon. His story underlines the importance of going to the dentist for regular check-ups and seeking help if things aren’t quite right. The number of cases of oral cancer has risen by almost 40 percent in the last decade, and we should all be wary of warning signs.

This entry was posted on Thursday, December 22nd, 2016 at 6:00 pm and is filed under Dental Phobia, Oral health. Both comments and pings are currently closed.