Forfar dental practice gives charity something to smile about 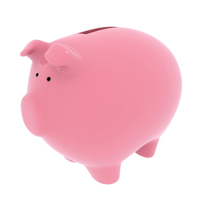 Members of staff at a Forfar dental practice have been working hard to raise money for Chest, Heart and Stroke Scotland.

The team at Colin Yule and Associates raised more than £1700 for the charity by taking part is a series of events over the course of last summer; events included a social night, a trek along the West Highland Way and a sweepstake for the British Open.

Practice manager Tracy Black, said that the team had decided to raise money for Chest, Heart and Stroke Scotland because many members of staff and patients had relatives or friends who had been affected by health problems including chest problems, heart disease and strokes.

Staff from the surgery presented a cheque for £1704.36 to regional CHSS fundraiser Heather Morrell; Ms Morrell said that generous donation would make a significant difference to a large number of people in the local area who are suffering from heart and chest problems. The money will enable the charity to continue supporting patients and their families. The charity needs to raise six million pounds per year to provide stroke nurses, support groups and advice lines.

This entry was posted on Tuesday, February 8th, 2011 at 11:43 am and is filed under General. Both comments and pings are currently closed.