FDA investigating use of mercury in fillings 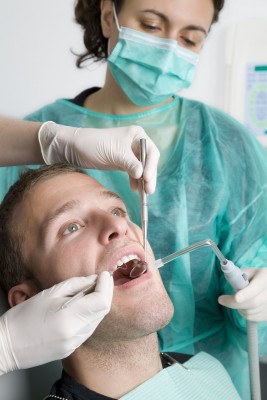 The US Food and Drug Administration has reopened the investigation into the use of mercury in fillings, eighteen months after the organisation confirmed that mercury fillings were safe.

Four consumer advocacy organisations have come together to launch an appeal against the FDA’s 2009 ruling; the group has quoted a number of research studies, which point to the conclusion that mercury amalgam fillings are potentially harmful for health. The studies suggest that mercury fillings can contribute to neurological conditions and even Alzheimer’s disease.

The consumer organisations are appealing to the FDA to ban amalgam fillings, or at the very least, to reclassify amalgam fillings and ban their use on pregnant women and children. The group is also accusing the FDA and the American Dental Association of maintaining a “cosy” relationship with the dental products industry; FDA Commissioner, Margaret Hamburg used to work for Henry Schein Inc, a dental manufacturer and amalgam company.

So far, countries including Norway, Sweden and Denmark have banned the use of amalgam fillings and dentists in Canada, France, Italy and Germany use amalgam fillings under strict restrictions.

A two day hearing, which starts today, will be held in Maryland and patients, representatives from consumer groups and dentists will have the opportunity to speak in front of the panel.

Many dentists support the use of amalgam fillings and claim that they are not only safe but one of the most effective means of restoring teeth. Dr Mark Feldman, executive director of the New York State Dental Association, said that mercury amalgam fillings are completely safe because mercury leaves the filling in a vaporous state, which is not harmful. De Feldman said that he had mercury fillings and so did his children.

This entry was posted on Tuesday, December 14th, 2010 at 11:03 am and is filed under General. Both comments and pings are currently closed.