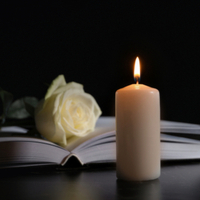 Donations have been pouring in for the family of a much-loved Tunbridge Wells dentist, who was killed in a car crash at the end of July.

A GoFundMe page, which was set up in memory of 38-year-old Subhash Pai, raised more than £6,000 in just seven hours. The money will be used to support Mr Pai’s family and to fund the cost of transporting his body to India so that his extended family can participate in the last rites.

Mr Pai was travelling to work on the morning of Saturday 27th July when he crashed into the central barrier on the A21. The dentist, who was incredibly popular with patients and colleagues alike, leaves behind a wife and a 4-year-old daughter.

The page, which was launched by Ananth Pai, described Mr Pai as “ever-smiling” and explained the tragic situation. Mr Pai had been driving to his practice when his Audi struck the barrier. He had a small family, and his wife, who is a full-time mother, now faces the stark reality of life without Subhash and the daunting task of arranging for his body to be flown to India.

The initial target was £4,000, which would be used to enable Subhash’s body to be taken to India and give his wife and child a little money to start life without him. However, this total was exceeded very quickly, with donations pouring in from the local community, as well as members of the dental profession.

This entry was posted on Friday, August 9th, 2019 at 4:53 pm and is filed under General. Both comments and pings are currently closed.