Dentists to tackle obesity and tooth decay together 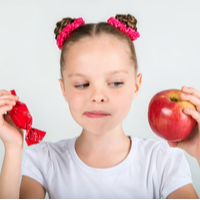 The report suggests that dentists and the government should work together to tackle obesity and tooth decay in a joint operation.

Leaders in the dental industry have welcomed the report, backing calls for it to be put into action as soon as possible.

Some key points from the report include applying VAT to all unhealthy foods, making sure food on offer in nurseries and other childcare settings is healthy, and ensuring free drinking water is available in all public places.

So, what kickstarted the report? In 2017/2018 there were a staggering 38,385 tooth extractions in children caused by tooth decay. Such preventable extractions are not only a burden on the healthcare system, but also bad news for children’s oral health.

Public Health England estimates that around 60,000 days of school are missed in order for children to visit the dentist and have a tooth extracted.

There’s also been a link between children from deprived areas and the amount of teeth extracted compared to those in more affluent areas.

Mick Armstrong, British Dental Association Chair said: “Politicians have a duty to build on this report, and deliver a truly joined-up approach improving children’s health…Ministers have a duty to set out a coherent plan to tackle these grotesque inequalities.”

This entry was posted on Friday, October 11th, 2019 at 10:00 am and is filed under 'Invisible' braces. Both comments and pings are currently closed.