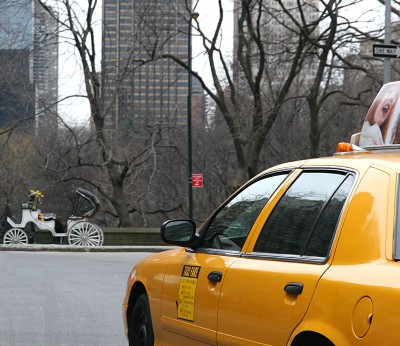 A dental team from Redland, near Bristol, has complained about changes to the parking system outside the practice, which have made it increasingly difficult for staff members and patients to park.

The Redland Dental Practice is located in a Victorian house on Redland Road and members of staff and patients have found it difficult to park after changes were brought in before Christmas.

Changes to the system in nearby Cotham have had a knock-on effect, as parking is no longer available for commuters all day in the town, which means that more people are parking on residential streets. The dental team says that the streets are full of cars, while there are lots of empty spaces in the town centre.

Receptionist Amanda Charlton said that it is getting increasingly difficult to park outside the practice and patients who come and go during the day are finding it particularly hard and this is causing them to become stressed and panicked when they arrive at the practice late. Amanda said that many patients already feel anxious when they have a dental appointment and they do not need the added stress of having to drive around trying to find a space.

Concerns have also been raised by an architect firm in Alexandra Park.

The council has invited people to leave comments on the issue of parking and a review will be conducted during the first six months of the new parking zone scheme.

This entry was posted on Friday, March 1st, 2013 at 10:15 am and is filed under General. Both comments and pings are currently closed.