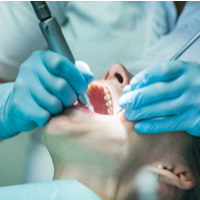 Fears of ongoing dental shortages in the UK are worsening, as new figures show that almost 1,000 dentists quit the NHS last year.

Statistics show that there were 23,733 dental practitioners working in the NHS in 2021. This equates to a fall of 951 from 2020. The figures suggest that some parts of the country are worse affected than others.

London had the highest number of dentists leave the NHS (369) followed by the South East (306) and the Midlands (208). The highest rates in specific areas of these regions were recorded in North West London, where numbers fell by 141, Surrey Heartlands where there were 84 fewer dentists and in Birmingham and Solihull, where 62 dentists left the NHS.

The alarming data was provided in response to a question posed by the leader of the Liberal Democrats, Sir Ed Davey, whose constituency in South West London has lost 91 dentists.

Sir Davey described the lack of dentists as a “real crisis” and warned of the impact not only of patients being unable to access treatment now, but also of a shortage of routine appointments. People are struggling with dental pain, but they are also “storing up problems for the future” because check-ups are not widely available.

The British Dental Association stated that dentists were leaving the NHS because they have not been rewarded and recognised for their commitment and hard work for the last decade.

Eddie Crouch, chair, said that the situation will only get worse due to new measures introduced on January 1st, which increase NHS capacity to 85% of pre-pandemic levels. Teams are under a huge amount of pressure and studies suggest that up to two-thirds of practices will not be able to meet the targets.

This entry was posted on Wednesday, January 12th, 2022 at 9:25 am and is filed under NHS Dentistry. Both comments and pings are currently closed.