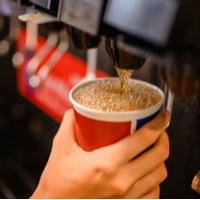 A leading dental charity has urged the public to give up fizzy drinks following the publication of new research linking consumption to an increased risk of type 2 diabetes.

The Oral Health Foundation is calling for people to cut out pop after a study published in the Diabetes Care Journal revealed that increasing your consumption of fizzy drinks could elevate the risk of developing type 2 diabetes significantly. Researchers based in the US found that increasing intake by just 100ml per day could elevate the risk by a fifth. The study involved data analysis on 160,000 women and 35,000 men over a 28-year period and was based on a risk calculated on daily consumption for four years.

In addition to discovering that increasing fizzy drink consumption caused the risk of type 2 diabetes to rise, the team also found that swapping sugary drinks for coffee, water and tea reduced the risk by 10%. Type 2 diabetes is usually linked to lifestyle actors, most notably, diet, and it is associated with several complications. Examples include an increased risk of foot and vision problems and susceptibility to gum disease.

Dr Nigel Carter OBE, chief executive of the Oral Health Foundation, suggested that the study findings underline the importance of moderating your sugar intake and considering healthier swaps. Decay is prevalent among both children and adults in the UK, and sugar consumption has also been linked to a significant rise in obesity and type 2 diabetes. In light of the research, Dr Carter has urged the public to be vigilant when it comes to buying food and drinks and to take a moment to read labels and consider sugar-free alternatives.

This entry was posted on Tuesday, October 22nd, 2019 at 9:47 am and is filed under Sugar. Both comments and pings are currently closed.