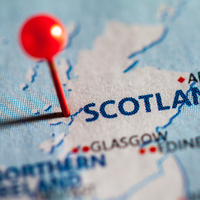 The number of people visiting a dentist on a regular basis in Scotland has fallen.

Statistics show that dental attendance rates have dropped to a record low, despite the fact that registration rates have soared. More adults and children in Scotland are registered with a dentist than ever before, but the figures show that people are not using NHS dental services as frequently.

In Shetland, only 55.6% of registered NHS patients have seen a dentist in the last 24 months. This number is very low, considering that dental professionals recommend 6-12 monthly checks for patients of all ages. Figures also showed that children living in deprived areas were less likely to see a dentist than those from more affluent towns and cities.

A decade ago, lifetime registration was introduced, and some critics have raised concerns about the link between falling attendance rates and lifetime registration. This system eliminated the risk of practices removing patients who had not visited the surgery within a specific time period. In April 2006, the cut-off period was extended from 15 months to 36 months, and in 2009, it was extended again to 48 months.

Since lifetime registration was introduced, registration rates have rocketed, with over 5.2 million patients registered with a dentist in 2019. However, attendance rates have fallen from 98% in 2006 to 68.8% in 2019.

This entry was posted on Friday, February 21st, 2020 at 4:40 pm and is filed under NHS Dentistry. Both comments and pings are currently closed.