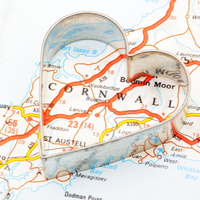 The MP for St Austell and Newquay, Steve Double, has suggested that a lack of funding is not the main cause of access issues across the South West. Instead, the Conservative MP believes that a shortage of dentists is contributing to long waiting times in Cornwall.

Speaking in the House of Commons, Mr Double outlined the current situation, reiterating points made in an earlier speech to highlight the fact that 60% of adults in his constituency have not seen a dentist in the last 12 months. Access problems are often blamed on a lack of NHS funding, but Mr Double claims that the real issue is a lack of dentists that are willing to work for the NHS.

Mr Double expressed support for new government interventions that are designed to reduce inequalities between poorer and more affluent areas, but took the opportunity to point out that the dental contract introduced by Labour in 2006 was responsible for the “decline in the availability of dental care in Cornwall.”

The South West is the worst-affected region in the UK in terms of dental access, with around 450,000 people waiting to see a dentist, but this is not an isolated problem. All over the country, practices are struggling to hire dentists and fill vacancies and this has a knock-on effect on waiting times and appointment availability.

This entry was posted on Tuesday, March 24th, 2020 at 4:51 pm and is filed under Dental Access. Both comments and pings are currently closed.