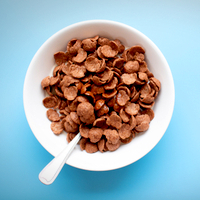 Campaigners claim that half of breakfast cereals still contain too much sugar, despite the NHS urging manufacturers to reduce sugar content last summer.

Research undertaken by Action on Sugar revealed that almost half of popular cereals still have excessive sugar content. Public Health England set a target of lowering sugar content to a maximum of 20%, but researchers found that many cereals still exceed the recommended quantities. The worst offender, Malt-O-Meal’s Marshmallow Mateys, has a sugar content of 40%. The campaign group claims that many cereals that are aimed at children provide more than a third of a child’s recommended daily sugar intake in a single serving.

Analysis of popular products showed that several cereals contain more than 20g of sugar per 100g. A bowl of Marshmallow Mateys contains 12.2 grams of sugar, which is roughly 3-4 teaspoons. NHS guidelines recommend a maximum daily intake of 19g for children aged between 4 and 6 years old.

Research showed that supermarket own brands performed particularly poorly, with many appearing in the list of the top 10 cereals ranked on sugar content. Examples include Morrison’s Choco Pillows, Sainsbury’s Frosted Flakes, Morrison’s Choco Crackles, Tesco Choco Snaps and Asda Choco Snaps. All these cereals contained between 32g and 36g of sugar per 100g.

Kawther Hashem, campaign leader and nutritionist, encouraged parents to make healthy breakfast choices, which are rich in fibre and protein. Options like whole grain cereals and porridge have low sugar content and high fibre content, and they release energy slowly, which helps to ensure that you feel full until lunchtime. Sadly, many children are drawn to cereals that are laden with sugar, often due to marketing ploys, and this is contributing to a large proportion of children exceeding their recommended daily sugar intake on a regular basis.

This entry was posted on Thursday, February 28th, 2019 at 10:57 am and is filed under General. Both comments and pings are currently closed.