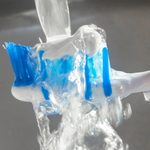 Councillors in Calderdale are set to discuss the possibility of adding fluoride to water supplies to boost dental health.

The subject was approached at a meeting of the council’s health and wellbeing board two years ago but at the time, opinion was largely against plans to consider water fluoridation. At the spring meeting of the panel, the topic was put forward for discussion by councillor Stephen Baines, who said that it was a means of protecting children.

Mr Baines suggested that some councillors might have changed their minds and that it may be worth revisiting the issue. Chief executive of the council, Robin Tuddenham, stated that fluoridation is mentioned in the government’s new NHS White Paper but confirmed that it was not yet policy.

The position of the council panel was noted and the chair of the meeting, Tim Swift, indicated that it would be beneficial to talk about fluoridation and explore it in more detail with partners across West Yorkshire.

Water fluoridation has long been supported by many dentists and dental bodies. Fluoride strengthens the enamel, lowering the risk of decay. It has proven to be effective in reducing rates of decay in some parts of the country where water supplies are fortified with added fluoride. Dentists recently welcomed the decision to consider more widespread fluoridation, which was put forward by health ministers.

Tooth decay is the leading cause of hospital admissions among children in the UK despite the fact that is nearly always preventable.

This entry was posted on Thursday, May 20th, 2021 at 9:43 am and is filed under 'Invisible' braces. Both comments and pings are currently closed.