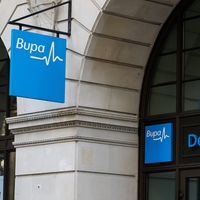 Bupa Dental has confirmed that its Bognor Regis practice will reopen next week (week commencing 9th September) following a fire that broke out on Wednesday 28th August.

The clinic, which is located on Belmont Street, has been closed since the fire, but area manager for Bupa Dental, Nin Lasham, has revealed plans to reopen the surgery at the start of next week.

Nobody was injured in the incident, but there was interior damage to the premises, and fire crews spent two hours at the site, extinguishing flames and then damping down the building. Since the fire, practice staff have been working hard to get the clinic ready for patients, and they are hoping to get back to normal with minimal disruption to patients.

The team will be contacting patients who had appointments booked in the last 2 weeks to reschedule, and anyone who needs emergency treatment within the next few days is encouraged to call 01243 823 880. In the event that urgent treatment is required, one of the chain’s sister practices will be able to accommodate patients.

It is not yet known why the fire broke out on the ground floor of the building, and investigations are underway. Two fire crews responded to the call swiftly, working quickly to put the flames out and prevent further damage to the premises. A spokesperson for Bupa Dental issued a statement thanking the fire service for their assistance and for keeping patients and staff members safe.

This entry was posted on Friday, September 6th, 2019 at 10:43 am and is filed under General. Both comments and pings are currently closed.