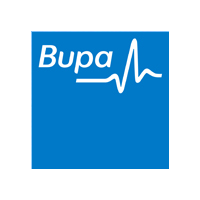 Bupa Dental Care has completed the acquisition of Avsan Holdings, a dental chain based in Luton. The group, which has 16 dental clinics in England and Scotland, has been taken over by Bupa in a deal, which was overseen by Christie & Co.

Avsan Holdings was created over 30 years ago by Avron Smith and over the years, the company has expanded across both England and Scotland. Its 16 practices will now become part of the ever-growing Bupa dental chain, which currently boasts more than 450 surgeries around the UK.

Avron Smith, founder, said that growing the company over the past three decades has been a “privilege and joy” and added that he feels confident that clients will continue to receive first-class standards of care now that the business has been acquired by Bupa Dental Care.

The acquisition comes after Bupa Dental Care took over Oasis Dental in February 2017.

The purchase was overseen by Christie & Co. Managing director, Simon Hughes explained that the company was approached by Mr Smith and asked to value the chain and prepare the sale, which has now been completed.

This entry was posted on Wednesday, December 20th, 2017 at 5:06 pm and is filed under General, Private Dentistry. Both comments and pings are currently closed.