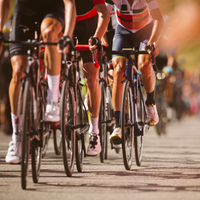 A dentist from Beckenham is preparing to get on his bike to raise valuable funds for an autism charity.

Greg Finn, from Finn Dental Specialists, will ride from London to Surrey, taking on the Ride 100 event to raise money for the National Autistic Society. The course, which is 100 miles long, follows the same route as that taken by elite cyclists at the 2012 Olympic Games in London. Greg will be joined by his wife, Inge, for the event, and the duo has been training intensely, recently cycling to Brighton.

Greg decided to tackle the challenge not only because he enjoys cycling and he wanted to push himself, but also to support a charity that he has been involved with for several years. This year, Greg will also be celebrating the 25th anniversary of the Beckenham practice and the Ride 100 contest seems like the perfect way to celebrate and support a great cause.

The intrepid duo will start the course at the Queen Elizabeth Olympic Park and the route will take them towards Canary Wharf, through Hammersmith and Piccadilly, Chiswick, Richmond and Kingston-upon-Thames. Having crossed Hampton Court Bridge, the cyclists will pass through Leatherhead, Esher and Oxshott before turning back towards London, crossing Putney Bridge and travelling up the Embankment to Parliament Square, Whitehall, Trafalgar Square and finally, The Mall.

Greg said that he was looking forward to the challenge, and he’s hoping to be able to enjoy the sights as he meanders through the streets of Central London on two wheels. Anyone who wishes to donate is encouraged to visit

This entry was posted on Wednesday, July 24th, 2019 at 12:24 pm and is filed under Charity. Both comments and pings are currently closed.